This is what happens when you go away for a while and don’t take your computer… you can’t blog.

And there’s SO MUCH BLOGGING inside.

So much to say.

So many joyful moments.

But now I’m back!

I’m so in love with this face:

He has my heart.

I got to spend a couple days with him – went out to see him and his Mamma & Daddy. I got to hold him.  I got to coo at him. I got to breathe in his scent.

And the whole 9 1/2 hours away thing sucks major donkey balls.

Mark was on my mind so much throughout that trip.  How he’d have been so freaking excited.  How he would have loved to hold his grandson.  How proud he would have been of Kyle and how good of a Daddy he is and will be.

I spent an entire day in bed just thinking about how much I missed him.

It wasn’t until I got home that the emotions overwhelmed me.

My Kyle has told me that he’s surprisingly (for him) not panicked or anxious or anything – he’s just calm.

I told him that’s because his Dad is watching over him.  Proud of who he is, who he’s become and the gorgeous baby boy come into our lives.

Mark’s with him.  That’s why he’s so very calm.

And it’s all jumbled up.

I cried for the first time in a while today – broke down.  I’m on stress leave right now – and not being able to cry has been messing with my head.  I’m in a place where I *can* cry – I have the physical space to – but I can’t.  It’s stuck again.

I hurt, I’m depressed, I go through entire days with anxiety attacks. I can’t focus and I can’t think and this blog was going to help me process again so I could move forward again into life.

The bright spot in all this mess and confusion is my man, my boys, my daughter and my grandbaby.

I don’t want to hurt anymore.  I miss Mark so much… I can see a different future now, but I still grieve for the life lost…. I still hurt.

But damn – this little man is cute:

This morning, at 1.15am… Jeremy James (JJ) made his way into the world and I became a Nana.

I can’t wait to see him in person.

I am so proud of my son and his lovely lady for bringing him into this world.

Mark wanted grandchildren… so very much…  I know he’s somewhere, watching over us.  I know he’s smiling down on Kyle and Holly and Jeremy…

For those of you following who are NOT in the derby world… benchmarked means that I get to play in bouts.  It means that I have passed the minimum skill set needed to safely play.

And I’m benchmarked as of today.

I want to be happy.  I really really do.  I want to have the *bouncebouncebounce* that I know is in there… somewhere…

I wasn’t sure if I should put this in my fitness blog or here.  As I wrote this … it became more of a widow blog than a health and fitness blog.

So back to being benchmarked.  I am.  It’s exciting.  It means that next week, I get to go scrimmage.  In February I get to bout.  I get to wear a Gold Pain City Derby Girl uniform.

I’ve fallen in a hole that has sucked me in and is holding on to me so very tightly.

I turned 40 on Thursday – not a big deal.   I got a surprise visitor – VERY big deal and I was VERY excited.

We watched a few movies over the weekend.  Out of the 4 movies – at least 3 of them had death/widows/widowers in them.  Seriously.   Are you effing kidding me?

I cried myself to sleep on Friday night.   I cried at work on Saturday.

I cried while watching the end of one of the movies on Saturday night.

And today is January 19.   Exactly 2 years ago, almost exactly now, we were calling the ambulance for the ride that would take him away from us.

I am trying, oh so hard, to let the excitement of being benchmarked override the memory of him being taken away by ambulance.

I’m trying to be positive.

Why is year 2 so freaking hard?   The first half of year two was a whirlwind of new guy, lots of travel, move to a new town, adjust to living with someone new.

And now that 18 months has passed… I find myself falling into grief more and more.    My ability to disassociate is dissolving.   I can’t shove the feelings into a box anymore… they’re just coming out more and more.

And today – instead of being happy and bouncy and excited… I’m just sad and flat and I want to curl up into a ball and bawl.

I wish my man was home.  His snuggles help me to push the sadness aside… but I probably need to feel it… It just hurts.

So I’m excited, but not, about finally passing the skillz test.  Maybe when I can pull out of this depression I’ll have the bounce I was expecting. 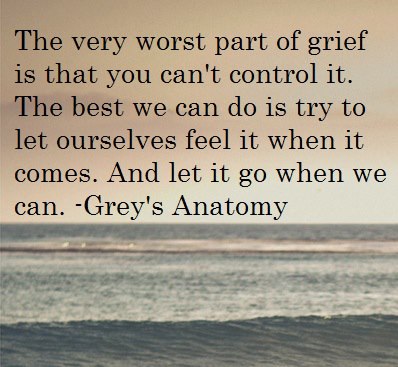 Today this was posted on my Quest group for OneFitWidow:

And someone commented that she couldn’t count the number of chronic diseases that could be avoided with clean diet and exercise.

There was a tweak.

A ripping tearing bit of grief that threatened to wash over me.

And then I thought…. it’s true.

We knew it.  We believed it.  We made bad choices.

But I have a choice now.

The tweak is still there.  The heavy grief and the pain….

Or I can change what will be.

I’m still sad… but I have a choice as to how my life will be.

And my life will be beautiful and amazing.

I have that choice.

My only regret is that I didn’t realize it before it was too late for him.

When my husband I got together – it wasn’t under the most ethical of circumstances.

He was my boss.

He was in a common-law relationship of 13 years.

I was… enjoying life and male companionship.

And then one day – I wandered into the store slightly inebriated and said to him (we’d been working together a long time at that point)  “Yanno what your problem is?  You need someone to rock your world.  When you’re ready to have your world rocked… you give me a call.”

He called me the next morning.   I went over to his house and… well…

About a 6 months later, we’re living together, and the sheets we had first had sex on (that he had shared with his ex) were still being used on our bed.

He wanted to get rid of them and I objected.  His reason?  They were the ones he and she had shared.   My reason? They were the start of our life together.

On January 19, 2014, I get to override the memory of what that date means.  Instead of the date he went into the hospital, I will see it as the day I passed my skills test.  The day I became a full fledged benchmarked skater.

It seems serendipitous that we’re retesting that day.  Seems like it’s meant to be.

Little signs… that he’s still with me, watching over me…. ❤

Not always.  Not in general.  Just about certain things.

My new man works a swing shift – 4 on, 4 off, days then nights.   He’s flipping into nights and this means that he stays up as late as possible the night before his first night shift so he’s not exhausted that first shift.

Usually he comes to bed around 2 or 3am.

Sleeps most of the day.

Goes to work.  And back into the night shift.

Last night, he kept himself up all night.

I panicked.   Where was he?  Was he ok?  Did he fall asleep on the couch?  Was he still awake?  Did something happen to him??

That’s the real root of the fear – that I’d go to the living room and discovered he’d died while I was sleeping.

I didn’t want to face the fear of losing him.  Of being a widow (not that we’re married) AGAIN.  Of having to tell boys AGAIN that their dad had died.

I woke up, and he still wasn’t there.

Yeah – my brain went there – the what would I have to do if he was dead out there.

As a side note – its amazing to me how fast my brain processes these thoughts.  The what will I do, how will I cope, who has to be informed.

All within a minute or two.

I got up – he’s sitting in his chair playing video games.

Relief flooded through me, and I immediately started berating myself about going down that thought process.

It wasn’t like I chose it though – it was just THERE when I woke up alone.

I kissed his forehead, got ready for work and sent him to bed.

I hate being afraid.  I hate fearing something that i have no control over.

I was, however, incredibly grateful to find he’d just stayed up all night.

Death changes you in ways you don’t expect.   Things I never thought of before, are now intruding into my thoughts and causing me to panick.

All because he died.