This is the 8th without you.

The 8th Christmas without your whacked sense of humour.

The 8th Christmas with a piece of my heart missing.

This is the 8th Christmas I’ll be missing you.

It’s a short and sweet post…because I have no deep words of wisdom.

I miss your self.

I miss everything we were.

8 Christmas’s and so much has changed – but yet one fact remains.

There will always be a seat at the table for you. This was our first Christmas without you.

My Facebook feed is full of two types of posts today:

I’M SO HAPPY AND IN LOVE AND I HAVE THE BEST SPOUSE EVER!

I’M SO SAD BECAUSE I MISS MY DEAD SPOUSE

interspersed with the occasional:

HAPPY SINGLES AWARENESS DAY!  and the memes that go along with that.

And on one hand… I am so very happy with my husband (who is currently making me breakfast as I type) and very much in love with him.

6 years ago he woke from his coma, remembered it was our “in love” anniversary and told me.

Today… a completely different man loves me and tells me that every day.

So it is a happy/sad day. A good/bad day. A day of love and a day of grief.

But that’s the way it always is…

Happy 21st anniversary my Love.  I will love you for the rest of my life. 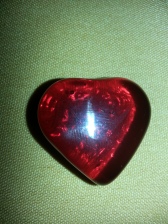 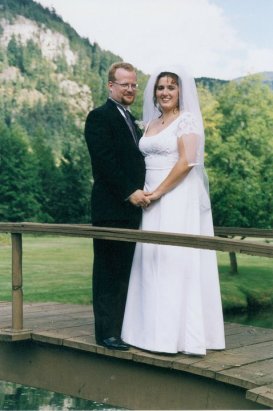 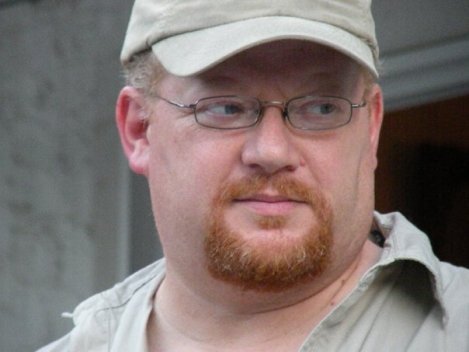 Every year it becomes more and more apparent that you’re gone. Stupid eh?  I mean, I know you’ve been gone from the moment you took your last breath.

Seven fucking Christmas’s without you. Without making memories with you. Without sharing the life we planned.

It’s hard to believe it’s been seven Christmas’s without you.

But here we are again, my Love.  A Christmas without you, without the traditions we had, without you sharing in the joy of being a Daddy, and now a Grandpa. 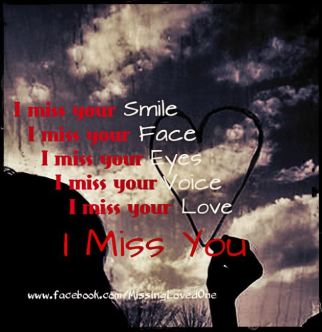 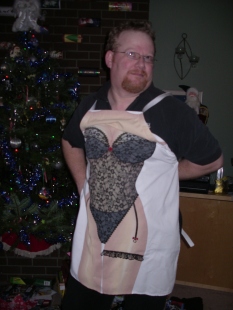 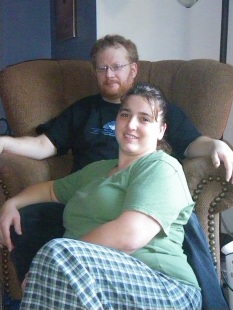 It’s a hard time of year for those who lost someone.

I received an email from someone this morning who lost their husband on Christmas morning.

I can’t offer her any words of comfort.  There is nothing comforting I can say or offer her.

I had a fantastic, amazing, incredible New Years. I rang in 2018 with my Chapter 2.  I thought about my late husband for a bit before my Sexxy Chef got home.

I wouldn’t trade my past with him for anything. It still boggles my mind that he’s NOT here.  It still seems incredibly surreal that he’s been gone for 5 1/2 years.  Each June 26, each January 1 brings me that much closer to him being gone for longer than I had him.

If you’re reading this and you’re hurting from the loss of a loved one… it does get different.

Not better, just different. It did for me, anyhow.

I miss him. I love my life now.  The two are not diametrically opposed.  They co-exist in my heart (mostly) seamlessly.

If you’re hurting… reach out. If not to someone in your life, find an online group, send me an email, anything.  But reach out.  Life is good.  It sucks right now but it can be good again. 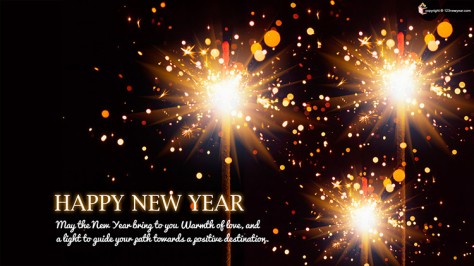 I’m picking a fight with my Sexxy Chef tonight.

I don’t exactly know why.

A friend of mine says that when you say “I don’t know” it really means “I don’t want to look at it.”

I miss my Mark.

My Sexxy Chef doesn’t.  Not yet.  And he’s his own person who’s got his own way of doing things and they’re not mine.  We haven’t found “ours” yet.

We should have by now, shouldn’t we?

I miss the easy way Mark and I were together.

My daughter said to me that I need to go back and remember how it was at the beginning with Mark. How was it with him after a year and a half?

I don’t remember.  I remember the end.

But I do remember some epic fights between him and I. Fights that involved the word divorce.  Fights that broke us. Fights that rivaled the fights I have with my Sexxy Chef.

Just not as often.

But they were horrible and awful and devastating.

And tonight I was picking a fight.  That would have been horrible and awful and devastating.

I am missing my Mark.  And I want, so badly, to build a fantastic life with my Sexxy Chef.

I just don’t know how to not hurt at Christmas. It’s the 1/2 year mark.  No matter what, Christmas is exactly (insert # of years) and a half since he died.

I can’t explain why that hurts so much.  It just does.

I should stop trying to pick a fight tonight. It will make for a better Christmas. 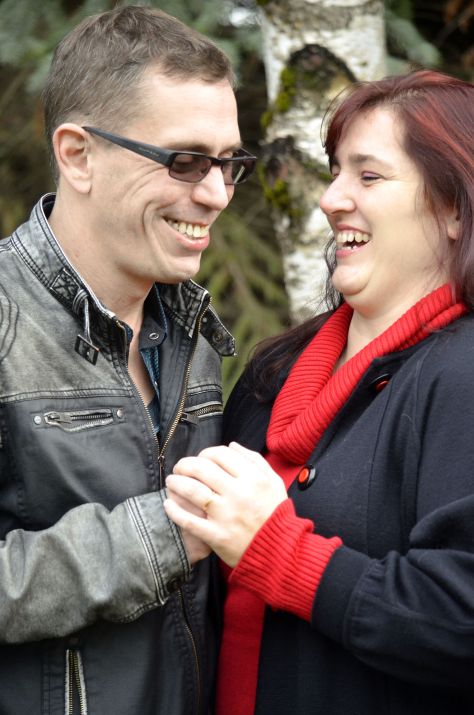 This is the feeling I want this Christmas… and every Christmas after.  Even when I’m missing Mark. 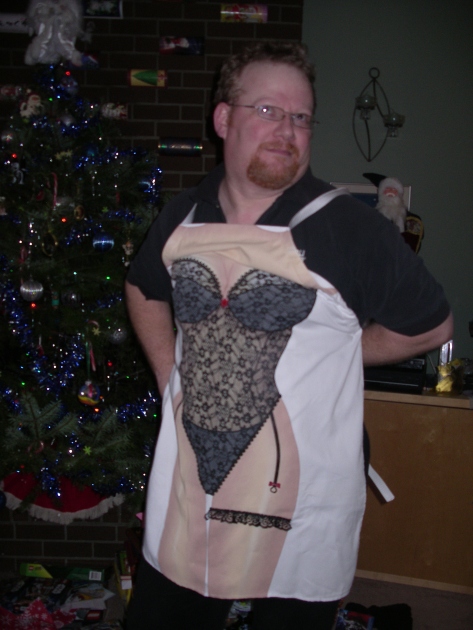 This was Mark’s last Christmas – he was wonderfully goofy and didn’t take much seriously. And was always good for a joke. I miss him.  So much.

I’m writing this a day early.

I had to think this morning. I had to count the number of years you’d been gone vs how old you were when you died in order to remember that this would have been your 54th birthday.

I don’t want to be sad about you and have him make jokes to cheer me up when I just want to miss you.

I need those things to be somewhat separate. I need to miss you when I miss you and love him when I love him. They do intersect – he’s freaking amazing when it comes to my grief over you.

Happy Birthday my Forever 49 Love.  You are missed. You are loved. You are always remembered. 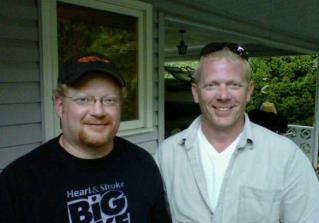 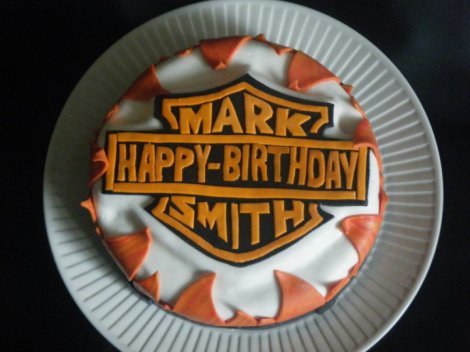 4 days ago, it was the 19th anniversary of Mark telling me he loved me.

4 days ago, it was Valentines day.

I’m not big on the “hallmark” holiday that is Valentines Day.

He loves me… he tells me daily.  He shows me in the little things he does.  I don’t need a holiday to celebrate our love.

I have our anniversary.

I have the anniversary of the day he first told me he loves me.

I have those little days and moments and memories.

And now I don’t share them with him.  I remember them. I remember that on the anniversary of the day he told me he loved me, he told me “Happy Anniversary” 5 years ago.  Only 4 months before he died.

I remember the day he told me… how everything in my world tilted on it’s axis.

And I have my Sexxy Chef who works on Valentines…. so the day for us is fairly meaningless. We did have a dinner a couple nights before, he gave me the most beautiful purple rose, and he gave me some chocolates.  It was sweet, romantic and amazingly beautiful.

But Valentine’s Day? I spent a couple hours being sad. Remembering Mark and the love we shared.  Missing him.  Missing the connection we had.

I love him still. I always will.

February 14 is a day on the calendar. It’s also the day he first told me he loved me. But it means nothing in terms of the hallmark holiday that generates so much income for local businesses…. 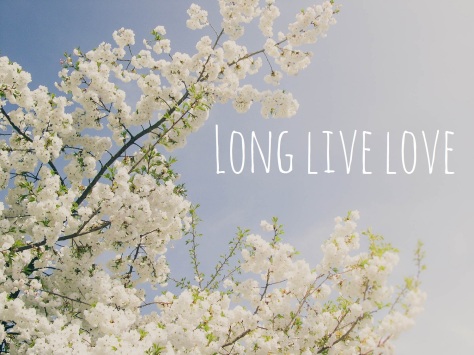 Four years ago I wrote this post about how I was feeling, 2 days before Christmas, 6 months post-loss.

Yesterday, when the post popped up in my “On This Day” memories feed… I looked at it and thought how drastically my life has changed in the past four years.

Four years ago I was devastated, and trying to put on a “happy” face for my children. 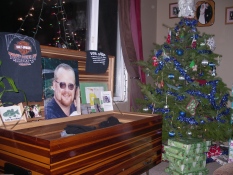 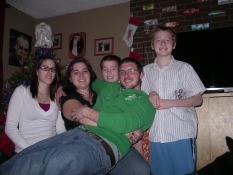 Three years ago I was in a new relationship… it was our first (and only) together, and we had been fighting and it was MISERABLE. 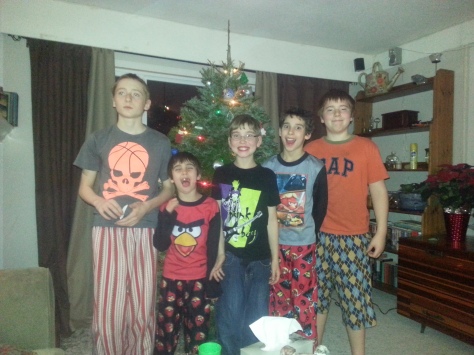 Two years ago my boys and I made our Christmas together. We created happy-ish memories. 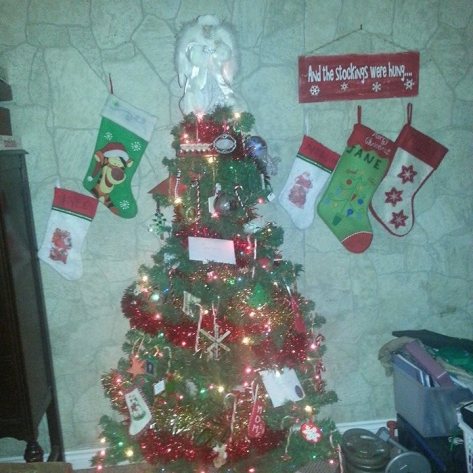 Last year, I was in Edmonton, welcoming in a new life.  I was witness to my grandson’s birth, spent a Christmas with all my children (although missing one grandchild), and while there was some misery/crappy bits about it, being able to be there for my daughter and enjoy the time made it incredibly awesome.

This year?  This year I’m engaged. I have two days, one of which I’m spending with my lovely little grandson, to complete Christmas crafts, do my Christmas baking, finish decorating the tree (and house if I want to go there), and get things cleaned before my future in-laws arrive. There is SO much joy in my life right now.

It’s amazing how much life can change.

And yet… there’s still part of me that misses… that’s teary… that wants to succumb to the sadness.  I won’t.  Not this year.  But I may take a few minutes… just on my own. To remember. 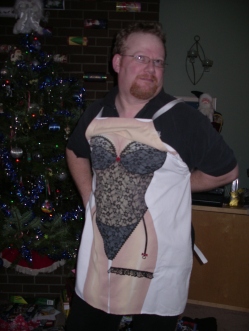 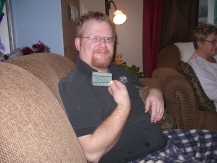 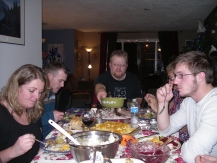 … Christmas is coming and the stress of missing him is getting harder to handle.

… you’re focussed on everything Christmas and every single moment is blocked off between Christmas crafting and school stuff.

… you’re getting more and more on edge… snapping at those you love.

… your amazing fiance calls you on what is really bugging you… pokes the “Mark box” you’ve been trying to keep closed inside your heart and emotions.

… you fall apart… in his arms…

… he just lets you cry

… he tells you he loves you and that it’s ok, the grief storms will always be there and he’ll be the shelter you need.

I finally told him about my nightmares. And the visitation.  And he held me while I cried.

I am so very grateful for the man who will weather my storms.  I am so incredibly lucky to have found a man who loves me to pieces…and picks me up and puts me back together when I fall apart. 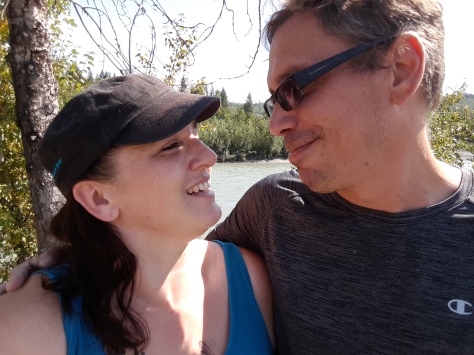 He’s all around me lately.

I had several nightmares last week.  In one of them, I watched him die again.

I wanted to talk to my Sexxy Chef about it, but this is his crazy season and he’s distracted with work.  So I’ve left it… for now.

And then, last Saturday, I’m in bed.  By myself. I can hear the Sexxy Chef out in the living room. I know my boys are in bed at the other end of the house and that there’s no one else in the house.

I’m curled up under my covers… reading…and suddenly… someone sits on my bed. There’s *no one* else around. I’m not gonna lie. I was a little freaked out.  Because I’m not sure that it’s him. I mean… it must be. I don’t think I have any other spirits hanging around. So I closed my eyes… put my phone away… and said “Good night Mark.”

And went to sleep. Dreamless, peaceful sleep. First time in a week.

I miss him.  I miss his presence. I miss his smile, his laugh, his outlook on life. I miss the way he could calm me at a moment’s notice.

I appreciate that he’s come visiting… it makes me smile.

But could I have a happy dream please? 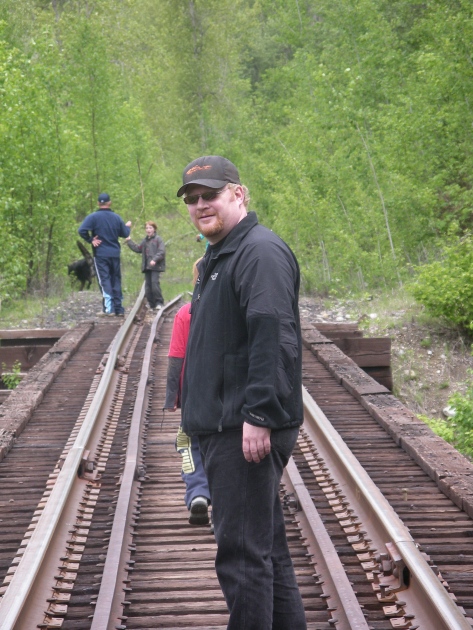